1001 Movies You Must See Before You Die is a film reference book edited by Steven Jay Schneider with original essays on each film contributed by over 70 film critics. It is a part of a series designed and produced by Quintessence Editions, a London-based company, and published in English-language versions by Cassell Illustrated (UK), ABC Books (the publishing division of Australian Broadcasting Corporation), and Barron's (US). The first edition was published in 2003; the most recent edition was published on 3 October 2019. Contributors include Adrian Martin, Jonathan Rosenbaum, Richard Peña, David Stratton, and Margaret Pomeranz.

Each title is accompanied by a brief synopsis and critique, some with photographs. Presented chronologically, the 16th edition begins with Georges Méliès' A Trip to the Moon from 1902 and ends in 2018 with BlackKlansman.

The book has been popular in Australia, where it was the seventh best-selling book in the country for a week in April 2004[1] and was promoted alongside the presentation of the Australian Broadcasting Corporation's My Favourite Film television special.

The book has been published in many languages. 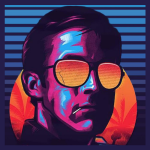 Comments
Community content is available under CC-BY-SA unless otherwise noted.